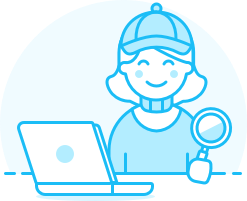 How do I track expected revenue on my Schedule?

Harpoon’s Schedule is designed to be a powerful revenue forecasting tool, enabling you to look ahead in the calendar, predicting the amount of revenue you’re expecting to receive from your projects, and seeing how that expected revenue affects your monthly and yearly revenue goals.

At the bottom of your Schedule you’ll see a “Monthly Progress” row. When you hover over each month in that row you’ll see a popup with details regarding that month’s revenue goal, how much revenue has been collected, and (for current and future months) how much you’re expecting to collect in total that month. For example, your revenue goal for the current month might be $10,000. And you’ve only collected $6,000 so far. But no worries because Harpoon looks into the future and shows you that you’re actually expecting a total of $11,000 in revenue for the month.

At the top of your Schedule is a progress bar that spans the full width of the screen. This displays your current progress towards accomplishing your yearly revenue goal. The solid green progress bar represents your actual collected revenue. If you have additional expected revenue it will be represented by a striped green progress bar that extends past the solid green collected revenue bar. There’s also an indicator of “Where you should be.” This is the amount of revenue Harpoon calculates you should have already collected at this point in the year in order to stay on track to accomplishing your yearly revenue goal.